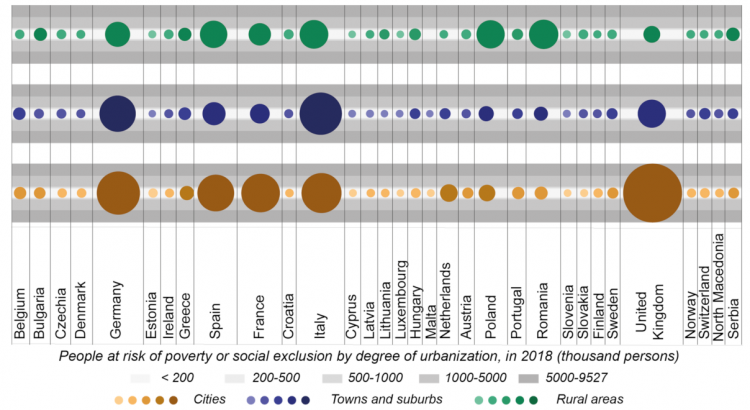 Marginal settlements may be defined as inhabited areas characterized by a series of negative features, typicallyethnic segregation, social discrimination, poor living conditions and conflicts, with impact on their dwellers and neighboring communities. In Romania, informal settlements were legislated in 2019; it subsequently became mandatory for the local authorities to spatially delimit them and formulate measures to improve living conditions. However, there are still numerous issues to be solved, from the lack of basic services (health, education) to the persistent poor living conditions or serious environmental problems. The Roma communities selected for our study are no exception. They are located on the outskirts of some cities or in their historical centers (Cluj-Napoca, Sibiu, Timișoara, Baia Mare). Through content analysis, based on print and electronic media from the last 10 years (n = 150 news items), different aspects of marginal housing were illustrated. The results of the study revealed some particular aspects, namely: some of the Roma communities are relocated whilst some others are subject to environmental conflicts; funding addressing the quality of life of Roma ethnics seems to deepen the phenomenon of segregation among communities, most of the measures being limited to the creation of housing facilities.
View Full-Text
Keywords: informal settlements; Roma communities; content analysis; social marginalization